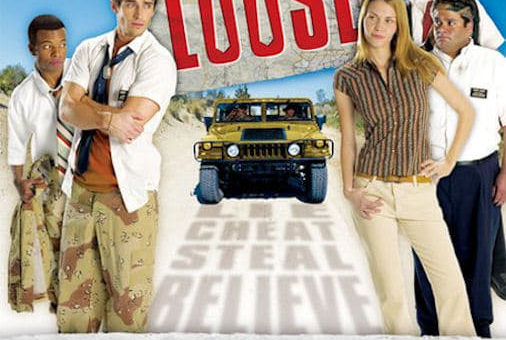 Suits on the Loose

Suits on the Loose is the story of two rebellious teens, Justin and Ty, and their breakout from a desert survival camp. When two naive Mormon missionaries, Elder Talbot and Elder Johnson, run into a restroom at a remote rest stop, Justin steals their car. Scrapping their military fatigues for the conservative missionaries’ tags in hopes of passing through any road blocks, their guise is so good that the police insist upon escorting the escapees...

After losing their academic posts at a prestigious university, a team of parapsychologists goes into business as proton-pack-toting “ghostbusters” who exterminate ghouls, hobgoblins and supernatural pests of all stripes. An ad campaign pays off when a knockout cellist hires the squad to purge her swanky digs of demons that appear to be living in her refrigerator.

All combined you have a total of 300 movies in your library, regrouped in 230 collections, 19 genres and 8052 actors.